Ergot poisoning (ergotism) in humans and domestic animals cause hallucinations, the feeling of itchy, burning skin and can cause effects on neurotransmissionand circulation. Ergotism is one of the oldest known human diseases caused by mycotoxins and references to grain diseases have been found in various books of the Bible (850-550 BC). In 1597 scientists at the University of Marburg observed that signs of ergotism often appeared after blighted rye grains were consumed and that ergotism was promoted by cold, damp growing seasons.

In 1630 it was observed that feeding of blighted grain to animals produced an illness similar to human ergotism and by the end of the 18th century poisoning was demonstrated in animals. Finally, in 1764, ergot was recognized as a fungus by Otto von Munchhausen (Schiff, 2006). Until the late 20th century, human and livestock exposure to ergot alkaloids was primarily through ingestion of “ergots,” (Figure 1) which are spur-shaped or seed-like resting structures (sclerotia) of ergot fungi, the Claviceps species (Schardl, 2015). 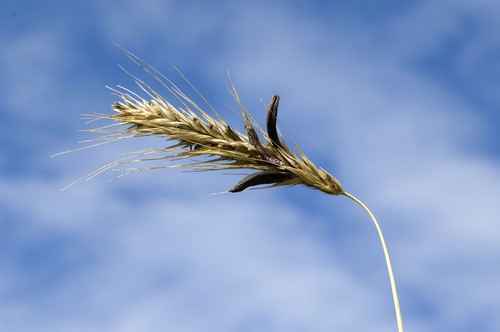 Figure 1: Sclerotia of the ergot fungus, Claviceps purpurea, in a barley head.

In 1927 more than 11.000 cases of ergotism were reported from Sarapol (Russia). Another incident happened in 1951 when 230 villagers of the popular French tourist town of Pont Saint-Esprit were sickened after ingesting contaminated goods from a local baker. The victims became violently ill with symptoms of severe gastrointestinal upset, dramatic reduction in body temperature, hallucinations and euphoria. Note that ergotamine contains the same dopamine substructure which is also found in psychoactive drugs like lysergic one of the building blocks of the psychoactive drug lysergic acid diethylamide (LSD).

Although reports of ergotism in livestock vary from year-to-year according to rainfall and temperature, most cases occurs in the grain producing areas up today. An increase demand for biological produced products will cause a reduced use of fungicides which will lead to a higher need for ergot alkaloids monitoring in the next years. BioTeZ is already able to deliver a clean-up column (Figure 2) of food and feed extracts for the reliable identification and accurate quantification of the predominant ergot alkaloid early in the food chain to avoid ergotism. 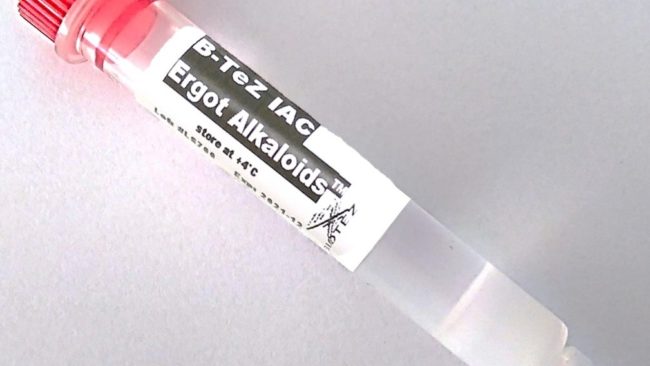